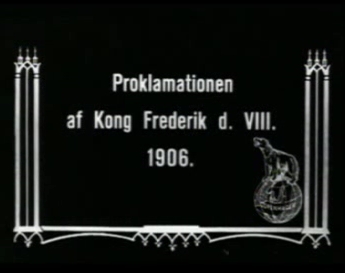 
The shift of the crown was paralleled by a new epoch of cinema in Denmark. Peter Elfelt had been the dominant figure in early Danish film. After some rather insignificant films, Ole Olsen founded the ... 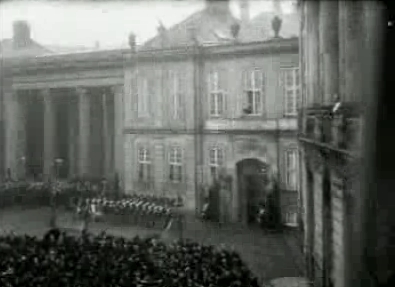 
The proclamation was performed on 30 January 1906 by Prime Minister Jens Christian Christensen (1856-1930). At age 63, Frederik finally became king. He had been standing in the shadow of his father, w...