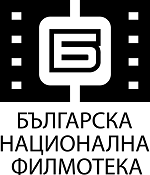 >> View BNFA Collection on EFG The Bulgarian National Film Archive was founded 1952 with the task of collecting, preserving and restoring Bulgarian and global film heritage. It is home to more than 15,000 film titles and a large collection of non-film media, such as publications, posters, stills and documents. It has been a member of the International Federation of Film Archives (FIAF) since 1959 and a member of Association des Cinémathèques Européennes (ACE) since 2019. In its Odeon theatre, the BNFA publicly screens films from its vault. The beginning of film archiving in Bulgaria itself can be traced to 1948 with the founding of the State Cinema Museum by the pioneer of Bulgarian cinema, Vasil Gendov. In 1952, the Museum’s operation was expanded, which led to the creation of the so-called State Film Archive For The History Of Cinematography.