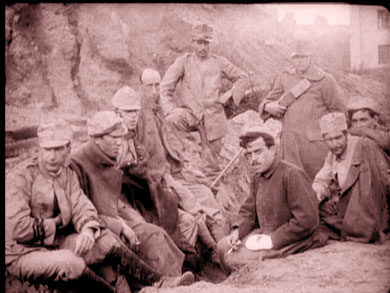 >> View collection The CNC French Film Archives give access to over 100 films related to the First World War. These include films produced both during the war – although authorities were quick to exploit the film industry – and in the post-war period. Fiction, documentary, short, and feature-length films show the War to End all Wars from diverse points of view: propagandist news, patriotic fiction, antimilitarist pamphlets, animated films, historic reconstructions, educational documentaries, and scientific tools.In addition, the CNC serves as the portal’s intermediary for other French institutions, such as the French military archives (ECPAD) and the Albert Kahn Museum.